Long time no see. Basically, life got in the way of my blogging and Instagramming, but I am back now and ready to try and get back into the swing of things.

The month of September wasn’t my greatest reading month. I read a total of ten books, and the majority of which I didn’t really enjoy. Part of this is because I have been actively making an effort to read some books that I have owned for awhile, meaning that I have lost interest in a lot of them. The couple that I did enjoy, I really enjoyed, and am so glad I could have some standouts this month.

END_OF_DOCUMENT_TOKEN_TO_BE_REPLACED

This has been a book that I first requested for review over a year ago. And I really can’t believe that it’s taken me this long to read and to review. This is an Australian author, and what first made me interested in this book was the plot. I have only ever read one other book by McCarthy, and I didn’t remember particularly enjoying it so I was a little worried when starting this one. But, I was pleasantly surprised, because for the most part this book was enjoyable, well written, and a good read. I had a few issues, but I mostly enjoyed it.

Stay With Me follows Tess, a 21-year-old who decides to take her daughter and leave her abusive husband. With the help of a near stranger Harry, they embark on a road trip from Byron Bay to Melbourne, to reconnect with the family she hasn’t spoken to in years. This is a story that deals with abuse, family, and grief, and I think it was rather well done and had quite a unique story that I haven’t come across very often in YA.

END_OF_DOCUMENT_TOKEN_TO_BE_REPLACED

This review has been a long time coming. Actually, just reading this book has been a long time coming. This book has been out since December last year, and I was sent it for review before that. And no matter how many times I went to pick it up, I just couldn’t bring myself to read it. I don’t even know why, because now that I have read this book I majorly enjoyed it and feel silly for putting it off for so long.

If you’re not aware, this is the third and final book in the Starbound trilogy, a trilogy that I’ve enjoyed a lot! This final book follows Sofia and Gideon as they come together with the characters we’ve come to love from the prior two books to take down La Roux Industries once and for all. As it’s the final book in a trilogy, I won’t go into too much detail as to what this particular one is about – I’d rather not spoil you. But if you haven’t read any of this series, basically it’s an epic space adventure that takes place across multiple planets. It’s a fun series, and this instalment was no different.

END_OF_DOCUMENT_TOKEN_TO_BE_REPLACED

Looking for a book that’s highly character driven, slightly nostalgic-inducing, and with haunting and enchanting writing? One Would Think The Deep is what you’re looking for. This book blew me away with its poignant writing, and it’s one I am definitely recommending. Claire Zorn is a force with words, and I know I definitely will be going out and picking up the rest of her books.

One Would Think the Deep is a melancholy piece of work that deals with grief, family, and connections to music and surf. The official blurb of the book summarises this story way better than I can;

END_OF_DOCUMENT_TOKEN_TO_BE_REPLACED

Top Ten Tuesday is a weekly meme hosted by The Broke and the Bookish. Each week they provide a topic, and you choose ten book related things to answer the topic. There are many books I would totally count on my fall TBR  (or spring if you live in the southern hemisphere like myself), but I’ve decided to include only books that I currently own and that are already released. Ten books on my fall TBR are;

END_OF_DOCUMENT_TOKEN_TO_BE_REPLACED

Top Ten Tuesday is a weekly meme hosted by The Broke and the Bookish. Each week they provide a topic, and you choose ten book related things to answer the topic. The ten books I would be buying right this second are;

END_OF_DOCUMENT_TOKEN_TO_BE_REPLACED

Top Ten Tuesday is a weekly meme hosted by The Broke and the Bookish. Each week they provide a topic, and you choose ten book related things to answer the topic. This week is a freebie week, and due to the fact that I have yet to read many of my most anticipated 2016 releases, I thought that this would be a great topic to do! I’m also cheating a little bit – top ten tuesday has turned into top eleven tuesday because I couldn’t cut this list down anymore!

END_OF_DOCUMENT_TOKEN_TO_BE_REPLACED

Top Ten Tuesday is a weekly meme hosted by The Broke and the Bookish. Each week they provide a topic, and you choose ten book related things to answer the topic. My top ten most anticipated books for the remainder of 2016 are;

END_OF_DOCUMENT_TOKEN_TO_BE_REPLACED

Prior to reading this, the last book I read by Scott Westerfeld was Afterworlds, which was a book I hated (I know Westerfeld is only one of the three authors of this book, but as I have not read any of the other authors’ works, I can’t compare them). I was so incredibly wary in picking Zeroes up, but once I finally did I wish I had picked it up sooner, because Zeroes was much better than I had ever expected. In fact, I was enjoying it so much at the time that I managed to convince my friend to buy the book and read the book before I had even gotten to the end of it.

If you’re not aware, Zeroes is about six teenagers who all have different powers. Together they form the Zeroes. After one of their members accidentally gets involved in a bank robbery, the others are summoned to help get him out of trouble. But their rescue mission ends up spiraling out of control, as they end up facing even more dangerous criminals. As I’m writing this plot summary up, I’ve come to the conclusion that it’s actually a really difficult book to try and summarise. It may not sound like anything that interesting, but it really ended up going places I wasn’t expecting. I’m a fan of the tagline on the back of the book;

END_OF_DOCUMENT_TOKEN_TO_BE_REPLACED

Top Ten Tuesday is a weekly meme hosted by The Broke and the Bookish. Each week they provide a topic, and you choose ten book related things to answer the topic. Today’s topic is ten reasons you love X, and I decided to give you ten reasons why I love Sarah J. Maas, my favourite author;

END_OF_DOCUMENT_TOKEN_TO_BE_REPLACED 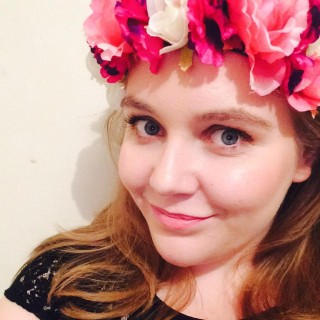